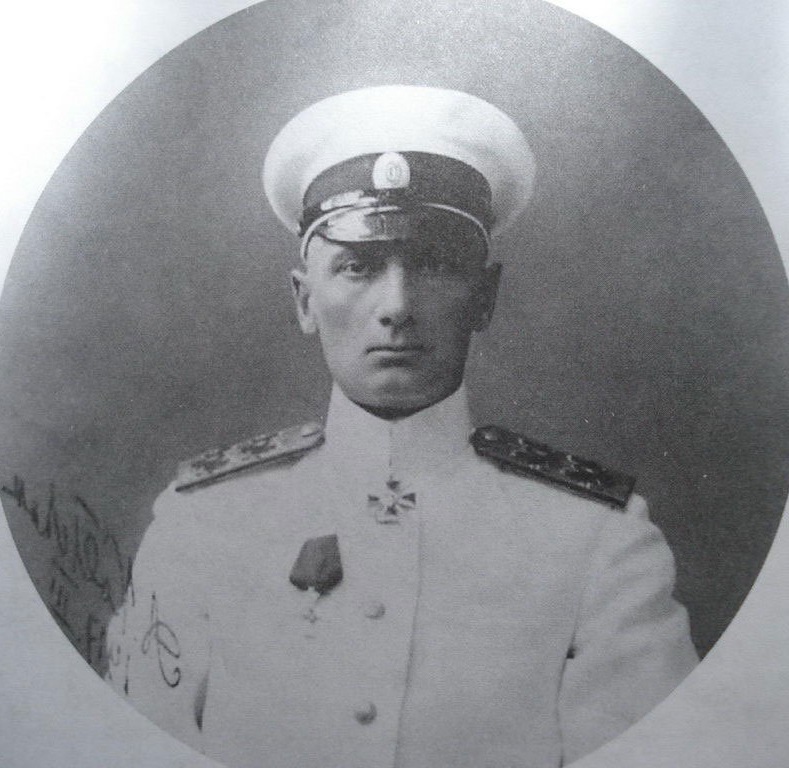 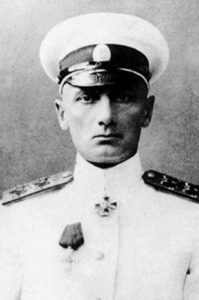 On the 7th of February 1920, the Supreme Ruler of Russia, Admiral Alexander Vasilyevich Kolchak, was shot by the Reds.

There was no trial. Vilely given into the hands of the Reds by the betrayed “allies” – Czechs. The murder was done secretly, under cover of the night. By direct order of Lenin. The shoemaker’s son Samuil Gdalevich Chudnovsky led the execution. Boris Yakovlevich Blatlinder was in command of the firing squad.

“Silently I bow my head in front of his grave. The day will come when our children, mentally contemplating the shame and horror of our days, will forgive Russia a lot for the fact that, nevertheless, not only Cain ruled in the darkness of these days, but Abel was among her sons as well. The time will come when his name will be inscribed in the annals of the Russian land in golden letters for eternal glory and memory ”, –

So we, like the great Bunin, on this day of mourning bow our heads in memory of the courageous Admiral, who during the years of turmoil tried to save Russia, to snatch it from the clutches of the red monster, to revive the former Russian glory and power.

“On February 7, in Irkutsk, the national leader, Admiral Kolchak, was shot without trial and before the end of the interrogation …” These words begin the memories of his colleague Georgy Gins.

He led the struggle of the Russian people for national Russia, saying “I serve my Motherland, which I put above everything. I will not follow the path of reaction, nor the disastrous path of political parties. My main goal is to create a combat-ready army, victory over Bolshevism and the establishment of legality and law and order, so that the people can freely choose for themselves the form of government that they want, and implement the great ideas of freedom, now proclaimed throughout the world. ” He bequeathed to us just as irreconcilably to continue the struggle against the world evil, which is communism and all its derivatives: “We are waging a deadly struggle with Bolshevism, which cannot end in a treaty or agreement, for in this struggle we defend the Motherland against the International, freedom against tyranny and culture against savagery. In this struggle we have no honest opponents, there are gangs of robbers led by international scum. ”

“The best son of Russia died a terrible, violent death … Will that place be sacred for us where these harsh and suffering eyes, with their gaze of a mortally wounded eagle, were closed forever? Or – accustomed to the smell of blood … indifferent to everything in the world, except for our own sleep and digestion, cowardly, confused and ungrateful – we have completely lost the ability to revere a heroic deed … and prudently adore only success, promising us food and peace? … When – somehow, waking up, Russia will erect a monument to him, worthy of his holy love for the Motherland ”(Kuprin A.I. “Voice from there”: 1919-1934. – M., 1999. – pp. 202–203).

“Cruelty and meanness, combined with cowardice, these basic properties of Bolshevik psychology, manifested themselves here, during the execution of Admiral Kolchak. Even dead, he was formidable for them, his grave could become a place of pilgrimage and would constantly cry for revenge – and they deprived him of eternal rest in the earth: the admiral’s body was lowered into the ice-hole of the Angara River … In the most terrible, last minute of his life Kolchak did not deliver a gloating triumph to his enemies … He died just as he lived, retaining his pride and honest courage, which distinguished his entire glorious life path. His tragic death, despite all the tricks of the Bolsheviks to give it an unworthy and humiliating character, raised him even more “(Serebrennikov I.I. Civil war in Russia. Great retreat. Vol. 1. – M., 2003. – S. 65– 66).

“The hard times will pass, Russia will rise again, and the grateful Russian people will not forget their leader, who gave his life in the timelessness in the struggle for the honor and happiness of our Motherland” (Smirnov M.I., Admiral A.V. Kolchak. – Paris, 1930. – p. 3).

A legend was formed about the moment of A.V. Kolchak’s shooting, it is possible that it happened the way described below. When together with V.N. Pepelyaev he was taken to the river Ushakovka, Kolchak asked Chudnovsky “Who are you by rank”? He answered “I am the Commissar.” Then the admiral said, “You know, there is no such rank in the Russian army, and only those of equal rank can command the execution of senior officers.” Chudnovsky allegedly asked, “And what do you suggest?” To which Kolchak replied, “I will command the execution, as a senior in rank.” Everyone was taken aback, including Chudnovsky. While the firing squad was getting ready, the admiral sang his favorite romance “Burn, shine, my star.” Having finished singing, looking directly at his executioners, he commanded “Fire!” … Perhaps this is just a beautiful legend. But for some reason, such legends were formed about people like Kolchak, and not about those who shot him …

Glory and eternal memory to the Supreme Ruler of Russia Alexander Vasilyevich Kolchak!