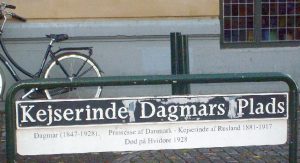 One of the squares in Copenhagen carries name of the Russian Empress Marie Feodorovna. This Empress was once young Danish princess Dagmar. While she was a little girl, she walked through peaceful streets of the native town, she, most probably, dreamed to marry a prince. Most probably it was a foreign prince in her dreams. That dream came through. However, the prince was not just a son of a king, but a son of Tsar. It was tsesarevich Nikolai. Kind, dear Nixa as the princess started calling him. Thus, enormous in distances and richness country – Russia – was destined to Dagmar.  Although, a terrible misfortune almost cancelled all plans and dreams of the young girl. Nixa suddenly died! The princess hardly survived the grief. But obviously in Gods will she had to be married in Russia. Thus, Dagmar ultimately went to Russia as a bride for another tsesarevich, Nixa’s brother – Alexander. 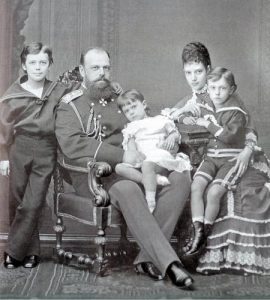 Russians quickly fell in love with cheerful, active, loving to dance Dagmar. Here, a princess-bud has become a beautiful rose. Grown up in the western Christianity she was very active and pragmatic. She earned a reputation of caring for the sick once, the studying once and the once who served in the army. In Russia the princess turned to the Orthodoxy. In Russia she received the name, which carries the square in Copenhagen. To the Russian Tsar and to Russia she gave the heir to the throne and created warm, peaceful and friendly atmosphere in the family.

The 13th of March 1881 became an important day for Marie Feodorovna. A terrorist, member of the “Narodnaya Volya” (“People’s Freedom”) attacked and killed Tsar Alexander II. This was Tsar – liberator. He countermanded the slavery in Russia before it was done in USA. How many people know it?

As the result of this terror act Marie Feodorovna spouse became the new Russian Tsar and she became the Empress.

Years in the new role passed very quickly. Marie Feodorovna spent them with maximum benefit for Russia, being loyal friend and helper of the Tsar-peacemaker. Peace and quietness came over whole Russia. Nobody dared openly attack Russia. The huge country finally received so needed possibility to get stronger, obtain new forces for life. 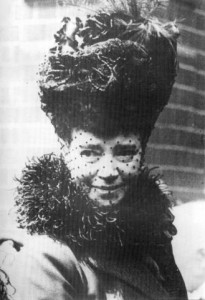 Unfortunately, even the best times come to an end. Sudden death of the giant Tsar, who was full with forces, put the definitive end to this period of Marie Feodorovna’s life. She became the dowager Empress. Her son – Nikolai II succeeded the heavy burden of ruling the vast country.

As it is well known, the great country did not survive long after that. Apostasy, betrayal of the Russian high society, army generals and external influence ruined Russia and Nikolai II, who did all possible and impossible to save it, became holy martyr. Merie Feodorovna until it was only possible rejected to leave Russia. However, when there was no hope anymore, she returned to Denmark. But also in Denmark she kept loving and caring for Russian people who followed her. Regardless of own scant financial situation, she helped Russian emigrants as much as she could.

This was the person whose name carries one of Copenhagen squares. 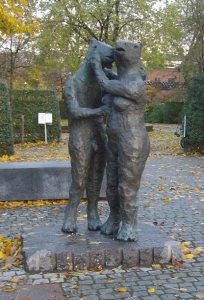 Let us walk through it. Lets remember the young, beautiful princess Dagmar and later the Empress of Russia – “matushka” as she was called in Russia. Lets breathe in fresh autumn air. Let us look around… “Oh, no!” – would we unwittingly scream. We see two naked half-people half-cows, who hardened in an erotic pose. This “art” meets young people of Copenhagen in the middle of the Empress Marie Feodorovna square. But what does it do there? Why it is there? There are no answers to these questions. The best place for the Centaurs is in a contemporary art museum. If one visits such a museum one at least is mentally prepared to see any kind of obscenity!

This was our decision – decision of Cultural society Dagmaria. Thus we went to the Copenhagen authorities to argue for the historical truth. And for the Danish people not to be surprised by the empty space when monsters would leave it, we prepared a bust of Marie Feodorovna. If there is Gods will for this the bust will be seen on the well-deserved place already in the nearest future. 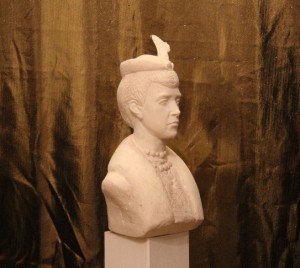