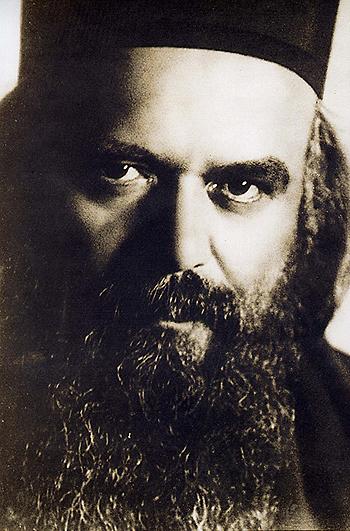 “Crisis” is a word coming from the Greek language and it means “judgement”. This word is often used in the Holy Scriptures. Therefore, the psalmist says: “For this reason shall the ungodly not stand up in judgement” (Psalm 1,5), and in another place: “Of mercy and judgement will I sing”. The wise Solomon says that “righteousness comes to a man from the Lord” (Proverbs 29,27). The Saviour Himself said that “For the Father judges no one, but has committed all judgement to the Son” and further on that “Now is the judgement of this world” (John 5,22; 12,31). And the Apostle Peter writes: “For the time has come for judgement to begin at the house of God” (I Peter 4,17).
Replace the word judgement with the word crisis and read: “For this reason shall the ungodly not stand up in crisis; of mercy and of crisis will I sing; for the Father judges no one, but has committed all crisis to the Son; now is the crisis of this world; for the time has come for crisis to begin at the house of God.”
Up to these times, the European people would employ the word “judgement” instead of crisis every single time when a misfortunate event would befall them. Now they have only replaced the old word with a new word and one that we would understand with another one we don’t understand. When we would have times of draught, we would say: “God’s judgement!” at inundation “God’s judgement!”, at war or epidemic “God’s judgement!” and this would mean crisis through draught, crisis through inundations, crisis through wars and epidemic and so on. Even the current economic – financial difficult times is seen by the people as God’s judgement, but it’s not called “judgement” but “crisis”. This is in order to increase the difficult time through lack of understanding.
The reason for this is that when you pronounce a word which can be understood, like “judgement”, you can also understand the reason for which these difficult times have befallen us, you can also identify the Judge who allowed it, and you can also know the purpose for which this was allowed. But when the word “crisis” is used, an unknown word by everybody and anybody, nobody knows to clarify why, from Who or for what reason this happened. This is the only distinction between the current crisis and the crisis from the draught or inundation or war or epidemic or caterpillar or any other misfortune.
Are you asking me on the cause of the actual crisis or on the cause of the actual judgement of God? The cause is always the same. The cause of the draughts, inundations, hungers and any other scourge of the human kind is also the cause of the actual crisis. Humans’ Apostasy. People caused this crisis through the sin of apostasy and God allowed it in order for people to be woken up, to enlighten their conscience, to enrich them spiritually and to turn them to Himself. For modern sins, a modern crisis. And truly, God made use of modern means to turn the modern people to good behaviour: He hit them through the banks, through markets, through finances, through currency. He turned upside down the exchange houses in the entire world, like the tables of the people who exchanged currency in Jerusalem temple. He caused a great panic between the business men and the people who exchange money. Raise, descend, change, cause turmoil and frighten: He does everything in order to wake up the proud little heads of the European and American wise men. This was made in order to force the ones well anchored in their financial security to remember about their souls, to admit their transgressions and to bow their heads in front of the Almighty God, the living God.
How long will this crisis last? It will last as long as the humans’ spirit will remain unchanged. As long as the proud people who caused this crisis will not capitulate in front of the Almighty God. As long as the people and nations will not consider translating the word they don’t understand, crisis, in their own language and until they cry with repentance: “God’s judgement!”.
You should also say, revered father, “God’s judgement” instead of “crisis” and everything will turn clear to you.
Good health and peace