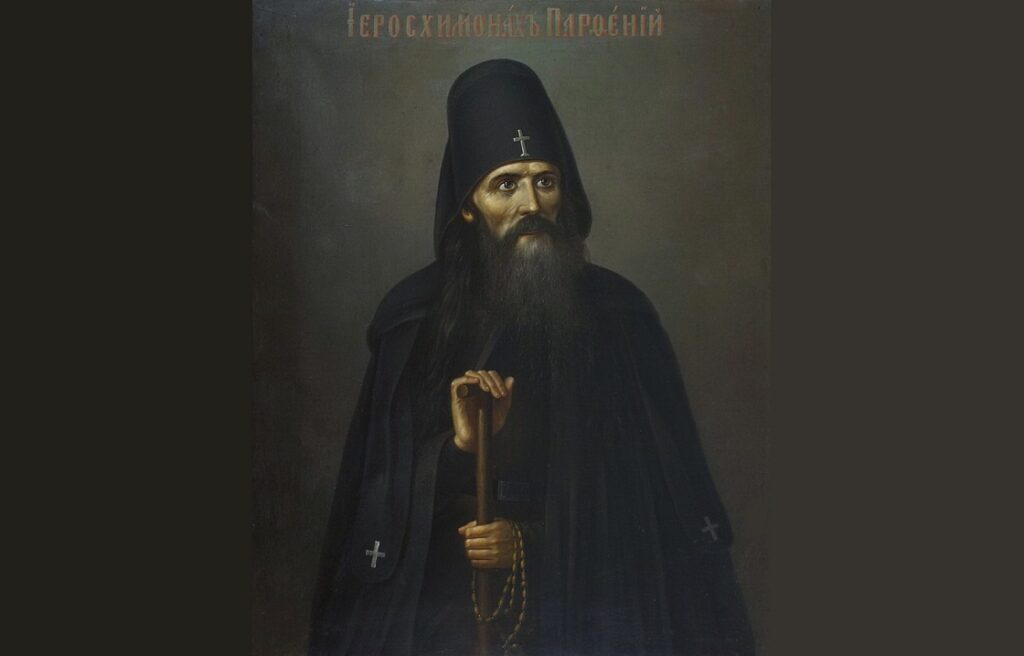 We find an example of reverence in the life of Saint Parfeny of Kiev, whose monastic deed, at first glance, seems to be unremarkable. Father Parfeny (in the world – Peter Ivanovich Krasnopevtsev) was born in the Tula province in the family of a rural clerk in 1790 (according to other sources – in 1793). The family lived very poorly, and therefore the future reverend from early childhood learned to humbly endure destitution and work hard. He had an early vocation for monastic life. After the vision, which Peter received as a teenager, nothing earthly attracted him. The parents really wanted their son to get married and keep him with them because Peter’s elder brother had taken monasticism by that time. First, Peter studied at a theological school, and then at a seminary. But, having visited the Kiev-Pechersk Lavra with pilgrims in 1814, he finally confirmed his intention to become a monk and left the seminary. He carried out obedience baking prosphoras for 12 years. In 1824 he was tonsured into monasticism with the name Pafnuty. Soon, Father Pafnuty was appointed confessor of the Lavra. In 1838 (at a fairly young age) he accepted the “schima” with the name Parfeny.

According to Father Parfeny himself, his entire journey passed calmly and peacefully. Divine grace miraculously protected him from his youth, and he knew neither impure thoughts, nor passionate carnal struggles, meeting in relation to himself from those around him only love and respect. Labor, unceasing prayer, complete obedience and non-condemnation of others were his main principles. The prayer rule of the monk consisted of reading the Gospel three times during the day, singing the entire Psalter, morning and evening prayers, an “akathist” to the Savior, the Mother of God, worship of the passions of Christ and the song “Theotokos, Virgin, rejoice!”, which he recited three hundred times. Meek, reasonable, quiet, gentle, merciful, even at the beginning of his monastic path he possessed such virtues that are only the fruit of long-term deeds. According to the recollections of his contemporaries, he was a real child! It was difficult to imagine another person who would have the same infantile soul as this saint. His life became the absolute embodiment of the gospel command of Christ to diminish and “be like children” in order to enter the Kingdom of Heaven (Matthew 18: 3-4). It seemed to the people around him that the saint had already entered “another” dimension during his lifetime – so much love and warmth radiated from his virgin soul. The reverend was never the envy of anyone. Everyone rejoiced at his presence as the presence of an Angel. The magazine “Home Conversation” (“Domashniaya beseda”) for 1874 (No. 38) recounts the recollection of one visitor, an elder, who says about his impressions: “I could not stop admiring the bright gaze of this righteous man, his quiet, gentle speech. It is a pity that our meeting and conversation was so short! “. Saint Parfeny had an extraordinary zeal and tender childlike love for the Mother of God. Many times during his life he had visions of the Blessed Virgin. The monk possessed the gift of clairvoyance. Before his death, the elder said goodbye to everyone. On the feast of the Annunciation in 1855, he reposed. His burial took place in the Goloseevsky Church of the Icon of the Mother of God “Life-Giving Source”. Wide veneration of the Monk Parthenius began immediately after his death. His glorification was accomplished by the Ukrainian Orthodox Church in 1993.

Not everyone is able to lead such a way of life as was that of the Monk Parfeny of Kiev. However, having before us the example of this saint of God, we must strive to live a higher and purer Christian life, learning from these ascetics the true spiritual science of piety.